Clubhouse and Twitter Spaces are social media platforms that allow users to participate in real-time audio conversations with other users. These platforms are similar to podcasting in allowing users to listen to and participate in live conversations. Still, they differ in that they are designed for interactive, real-time communication rather than pre-recorded content.

When it comes to social voice chat rooms, which is better? 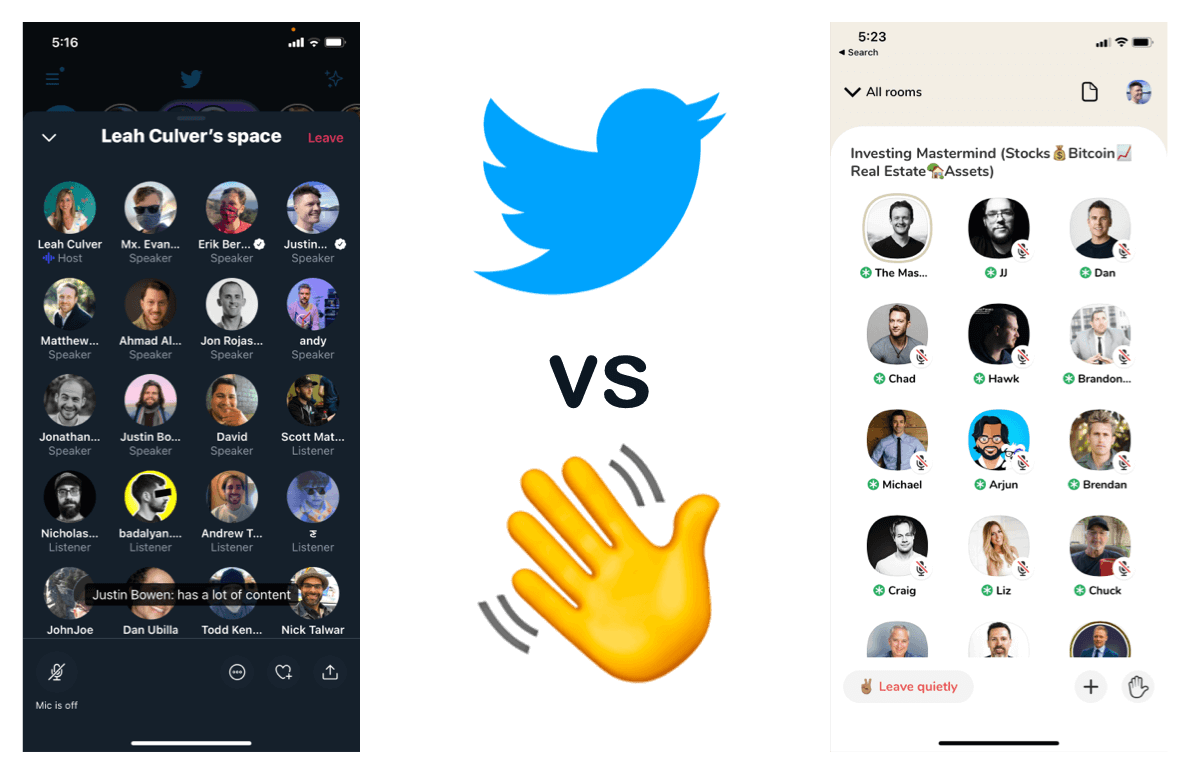 Clubhouse is a social media platform available on iOS and Android. Users can join "rooms" on Clubhouse to listen to and participate in live audio conversations on a wide range of topics. After a splashy launch during the pandemic lockdown of 2020, it hit a $4 billion valuation. However, since then, it's usage has plummeted.

Both Clubhouse and Twitter Spaces are designed for real-time, interactive communication and can be used for a wide range of purposes, including networking, discussions, interviews, and more.

A review of Twitter Spaces and how it compares to Clubhouse

Twitter Spaces still gets a fair amount of usage, largely because it's built into Twitter (a social network with a large number of active users).

You'll see any live Spaces chats at the top of your screen. It's currently only available on your mobile app or in the web browser.

Twitter also has the advantage of already having your social graph. You're notified anytime someone you follow starts a Space; you can then join as a listener or speaker.

"Compared to chatting on Clubhouse, Twitter Spaces feels like talking with a small room of friends"
– Chris Cantino

On Clubhouse, there's currently no way for a passive listener (who is muted) to give feedback to the speakers. One hack that users have developed is they rapidly mute and unmute their mics (to indicate applause).

Twitter Spaces already has emoji reactions for listeners. While listening, you can 👋, give a 💯, or a ✌️.

Oddly, there are no 👏 or 🤣 reactions yet (both of which I wanted to use).

However, you can see the future potential for this feature:

Another interesting feature: you can share a tweet into a Twitter Space. It will appear at the top of the chat, allowing all participants to view it (and discuss it) in the room. 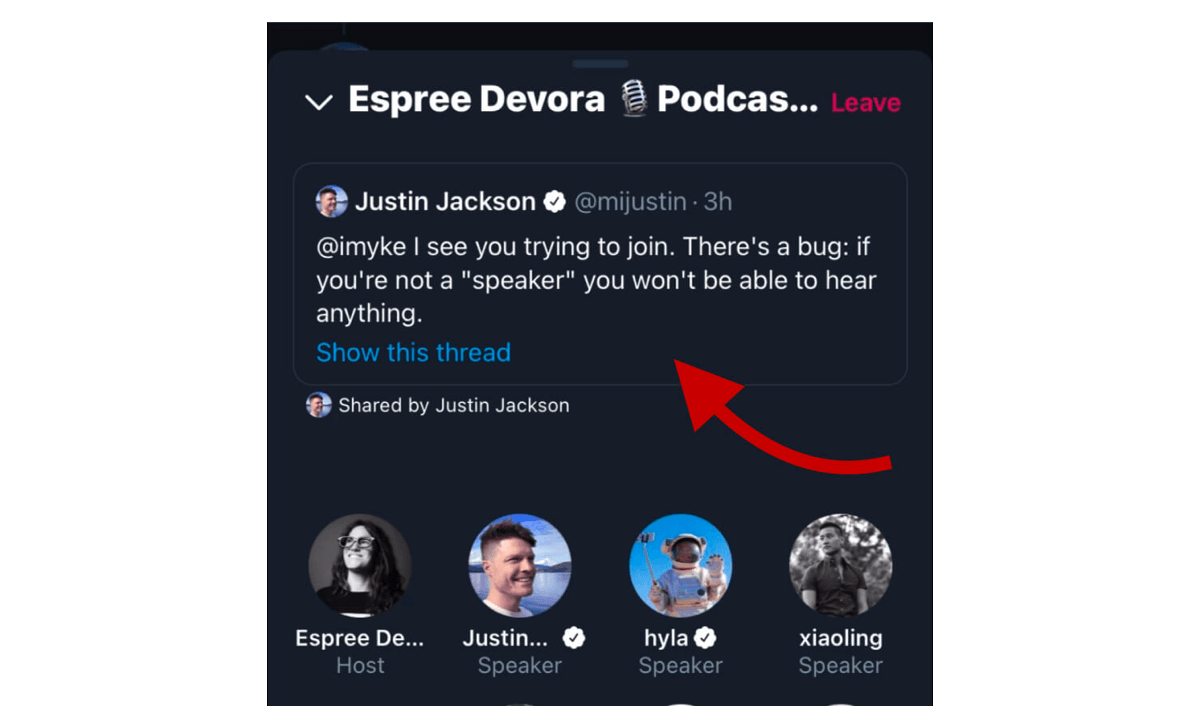 Twitter Spaces already has some accessibility in the app. You can enable live transcriptions, which will write out what people are saying (in real-time).

However, on Spaces, being able to click on someone's profile and follow them is seamless (without having to leave the app).

I've been on Clubhouse for two months now. It has many good attributes, but I think it has some pretty big challenges as well.

Many of the Clubhouse rooms I've been in feel like a giant networking event more than an "audio experience."

Because it doesn't have much of my social graph, I mostly follow strangers.

There's nothing inherently wrong with this, but Clubhouse rooms often feel like you're at a mixer. There's a constant cycle of folks getting on stage and introducing themselves.

Does it have something I want to listen to?

Most times, when I opened the Clubhouse app, I wasn't able to find a good discussion to participate in.

The impromptu, live nature of Twitter Spaces often leads to a better experience.

However, overall, audio quality on both platforms suffers from folks mostly using their earbuds and Airpods as a microphone.

Audio also cuts out as people go on elevators, drive into a zone with no service, or lose their wifi connection.

Which is better for podcasters?

If you are personally on Twitter (as a host), or have a popular Twitter account, Spaces is going to be a natural extension of your podcast.

You can also copy and paste the link to your Twitter Spaces event, which could make it easier for podcasters to do live events. (You could conceivably create a link that always forwards to your current Twitter Space session).

Overall, neither platform is a replacement for starting a podcast.