What does Joe Rogan's deal with Spotify mean for podcasting?

Yesterday, Joe Rogan announced that he was moving his popular podcast exclusively to Spotify. It's big news. 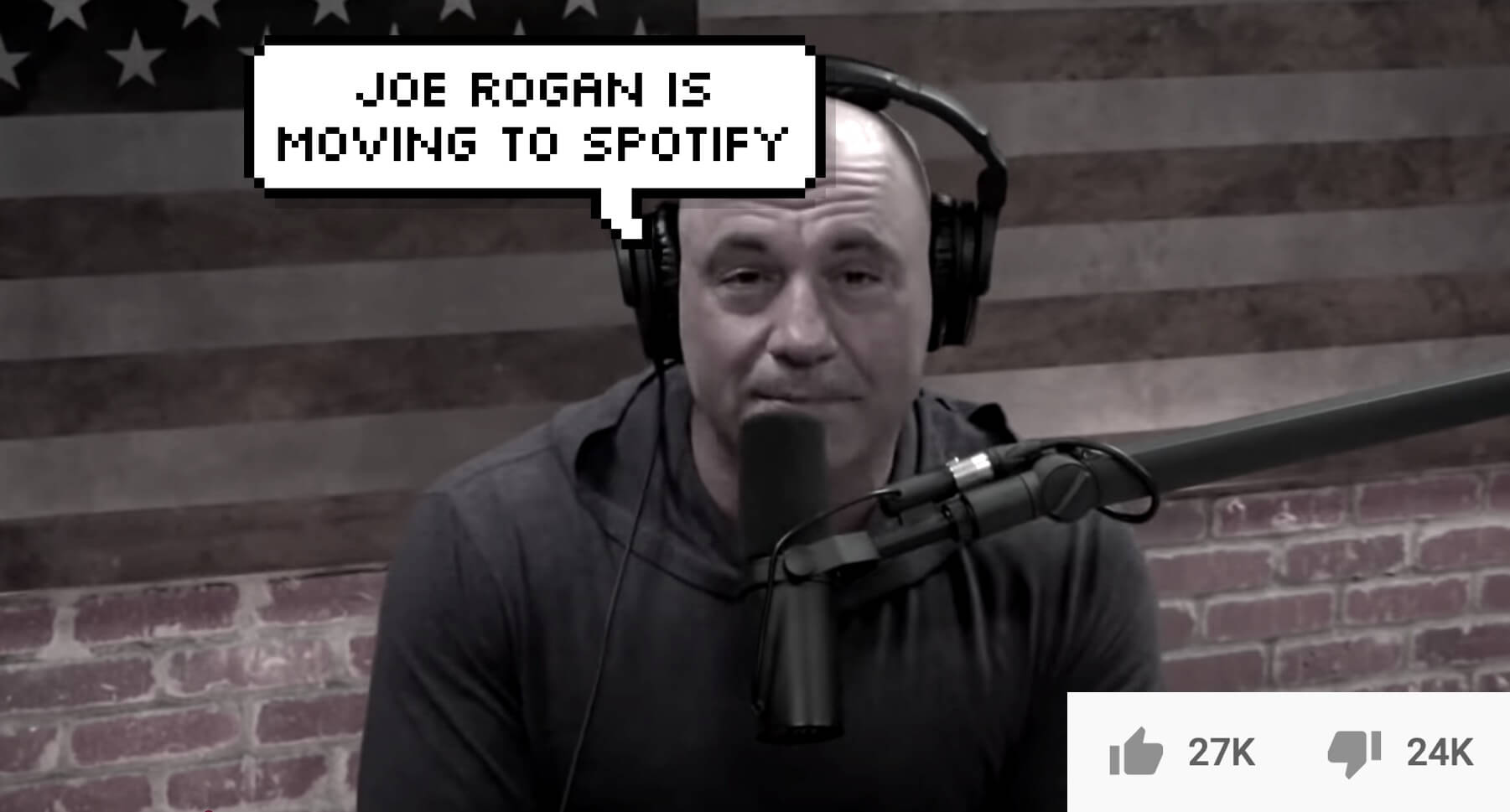 Naturally, many folks in podcasting are wondering what this move means for us.

In his newsletter, Matt Stoller called Spotify's deal with Rogan "the death of independent podcasting:"

Spotify is gaining power over podcast distribution by forcing customers to use its app to listen to must-have content. Once Spotify has a gatekeeping power over distribution, it can eliminate the open standard rival RSS, and control which podcasts get access to listeners. 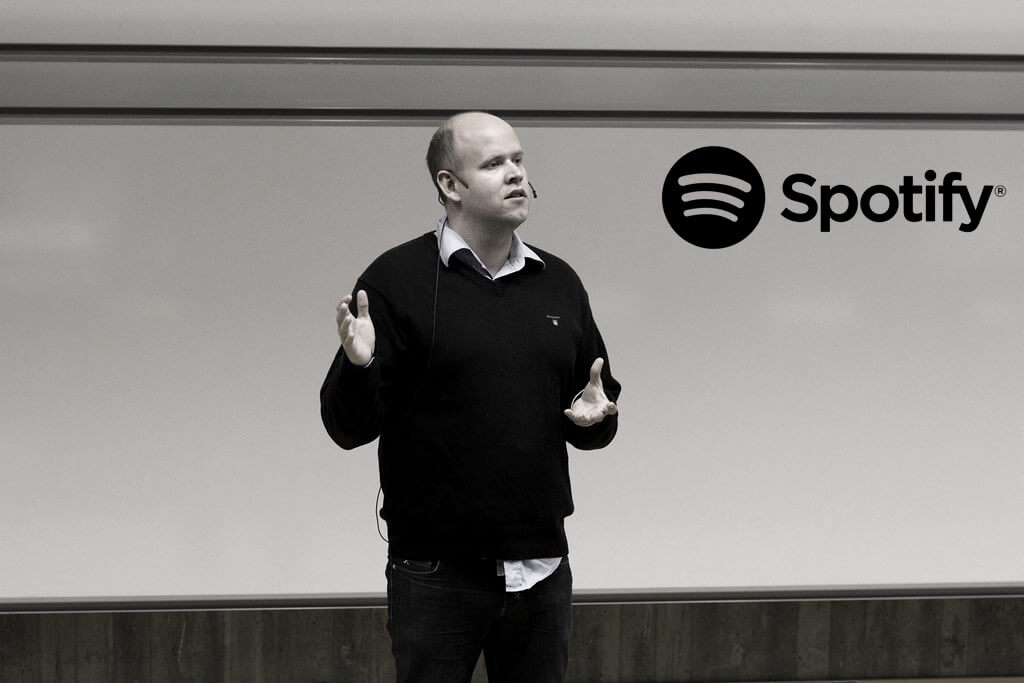 CEO Daniel Ek has been even more forthright, stating: "We want Spotify to be at the center of the global audio economy."

In the past, I've joked that "venture capitalists have always seen podcasting as sub-optimal because it's not centralized." Because nobody owns the platform, it's hard to monetize it.

And many of us love podcasting because it's open. We think RSS is beautiful. As Marco Arment points out, an open platform is generally better for creators:

It’s completely decentralized, free, fair, open, and uncontrollable by any single entity, as long as the ecosystem of podcast-player apps remains diverse enough that no app can dictate arbitrary terms to publishers (the way Facebook now effectively controls the web publishing industry).

If Spotify becomes dominant, we would lose the open, vibrant ecosystem we have today.

How likely is that to happen?

What % of podcast listens happen on Spotify?

According to Transistor.fm's current download numbers, here are the percentage of listens that happen on each platform:

Currently, 78% of listens are happening on apps other than Spotify. 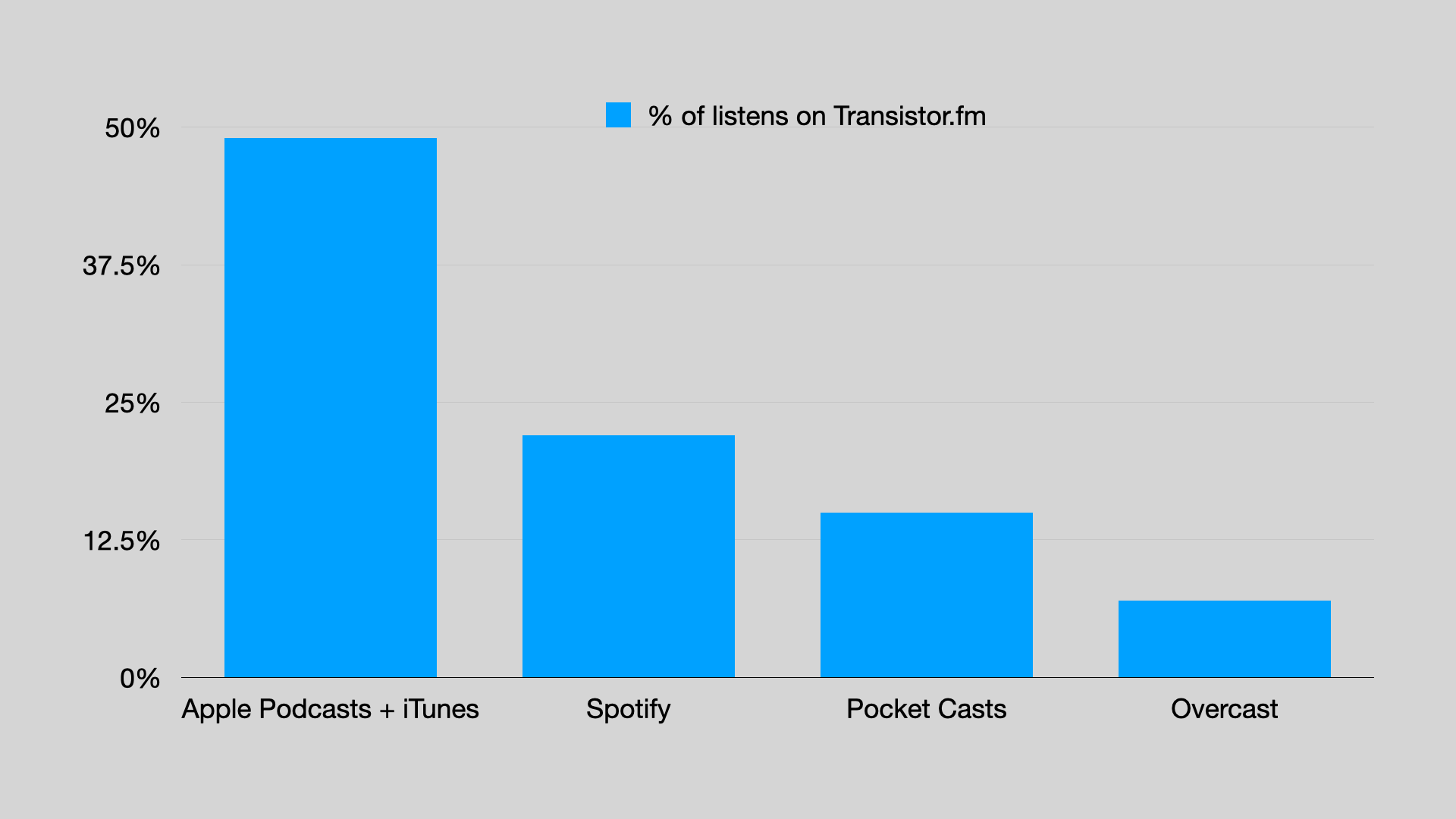 Keep in mind, Transistor is a small independent podcast hosting company. On some of our larger competitors, Spotify is as low as 9% of listens.

From what we've seen, most of Spotify's listens are coming from new listeners (not people switching from other apps).

Will listeners change their behavior?

Will Rogan's listeners move with him to Spotify? Dave Rothschild describes the factors at play here:

Consumers evaluate new solutions by evaluating gains and losses from their current solution.

Humans are creatures of habit; we don't like change. For listeners, there might be some pull towards Spotify (and Rogan), but there's also a lot of inertia ("I've always used Overcast"). 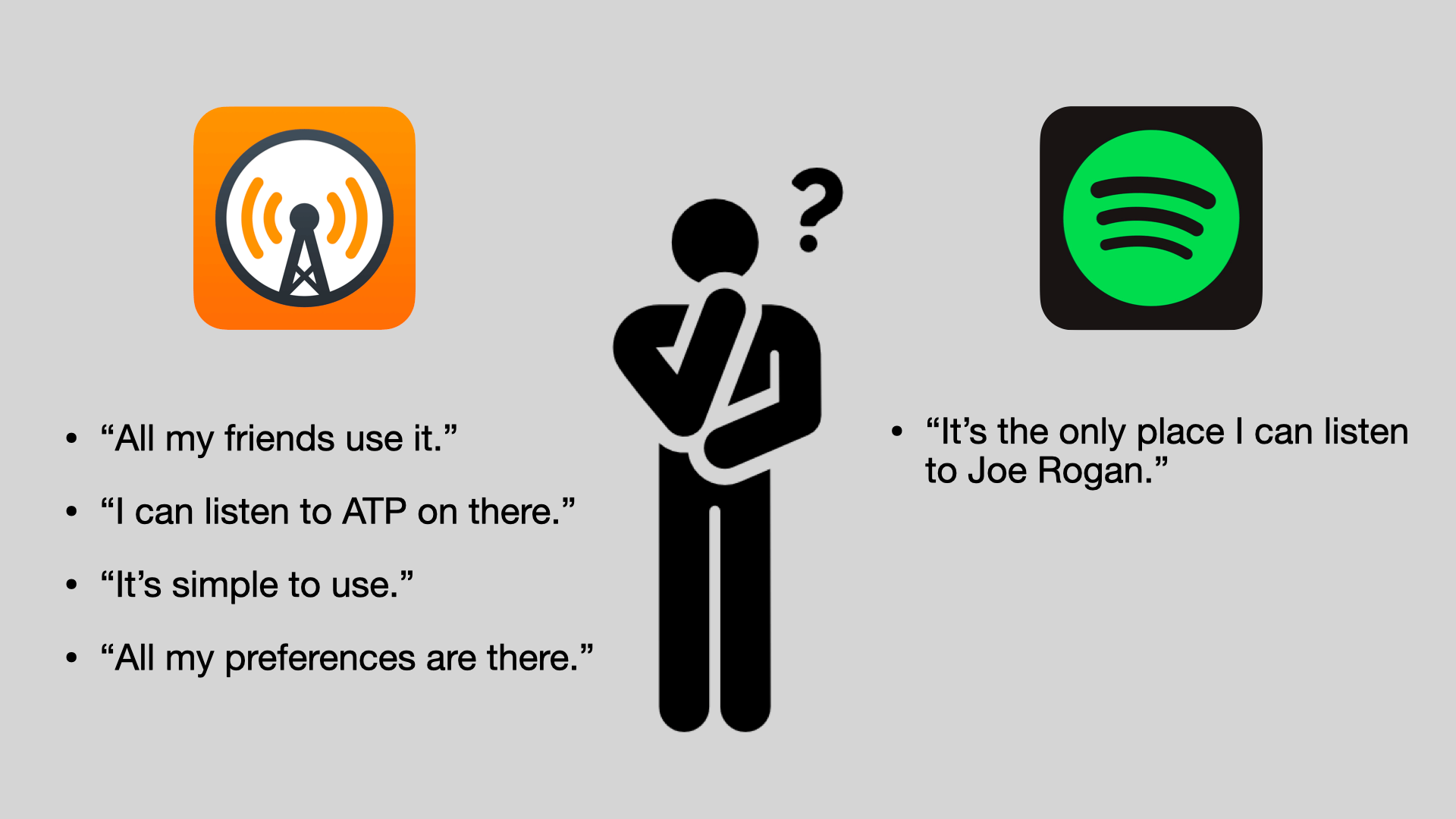 We're always evaluating the tradeoffs. If you like listening to Marco Arment's Accidental Tech Podcast (not available on Spotify) and Joe Rogan's podcast (only on Spotify), you'll have a decision to make.

Listeners don't care much about the underlying technology (RSS, open platform). Most just want to listen to the shows they like, the way they've always listened to them.

Aside: maybe, in the future listeners won't just stick with one listening app. They might jump around for different shows, the same way they do on Netflix, Amazon Prime Video, Disney+.

What do podcasters want?

Many of the think-pieces I've read are making the same flawed assumption: growing advertising, through a central aggregator, is what's best for podcasters.

People who start podcasts are motivated in different ways:

Seth Godin has provided one of the best rationales for starting a podcast that I've heard:

Podcasting is the generous act of showing up, earning trust and authority because you care enough to raise your hand and speak up. Not as a way to make big dollars (blogging didn’t do that either). But as a way to share your ideas, to lead your community, to earn trust.

That's where we, as the podcast ecosystem, need to focus. If we want to fight Spotify's influence and control, we're going to need to compete where it matters: improving the overall experience for creators and listeners.

I don't think Daniel Ek is answering Anchor support tickets at 10 pm on a Friday, but Jon and I are. 😉