How startups can fight climate change

The goal: convince 25 other startups to join us in fighting climate change by joining Stripe Climate and giving 1% of their revenue (or more!) to carbon removal.

If you already use Stripe to accept payments, you can start contributing a percentage of your revenue automatically.

Who just signed up for Stripe Climate?

Transistor.fm is a small, 3-person, bootstrapped podcast hosting company. Last year, we gave $10,000 to the Rainforest Foundation (through 1% for the Planet). 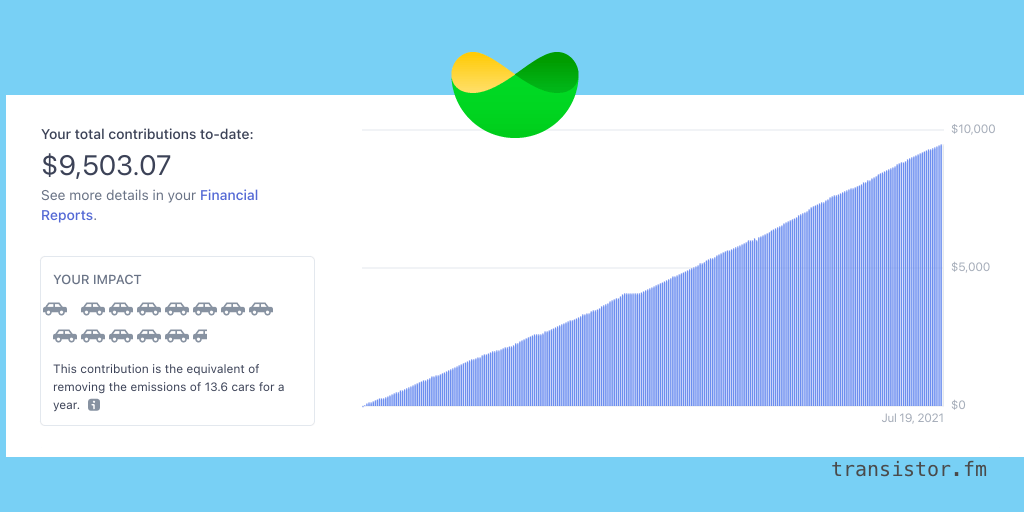 Stripe's climate program allows companies to "direct a fraction of your revenue to fund carbon removal—with just a few clicks."

In 2019, Stripe made their negative emissions commitment:

We will seek to purchase negative CO2 emissions at any price per tCO2, starting immediately. We expect that the best price will initially be very high: almost certainly more than $100 per tCO2, as compared to the $8 per tCO2 we pay for offsets. We commit to spending at least twice as much on sequestration as we do on offsets, with a floor of at least $1M per year.

Patrick Collison, the CEO, recently revealed that "Stripe's user base is now by far the largest carbon removal purchasing coalition in the world."