Today, Podnews noted that Google Podcasts is now available as an iOS app. However, editor James Cridland also noted that:

It’s likely that many podcast hosts could incorrectly credit downloads from Google’s new iPhone app to Apple Podcasts. Unlike the "GSA/" user-agent of the Android app, the iOS app has a user-agent of "Podcasts:"

Thanks for the heads up, James! We were able to update our list of user-agents and deploy an update today.

Now, your podcast analytics on Transistor will also include listeners who use Google Podcasts on iOS: 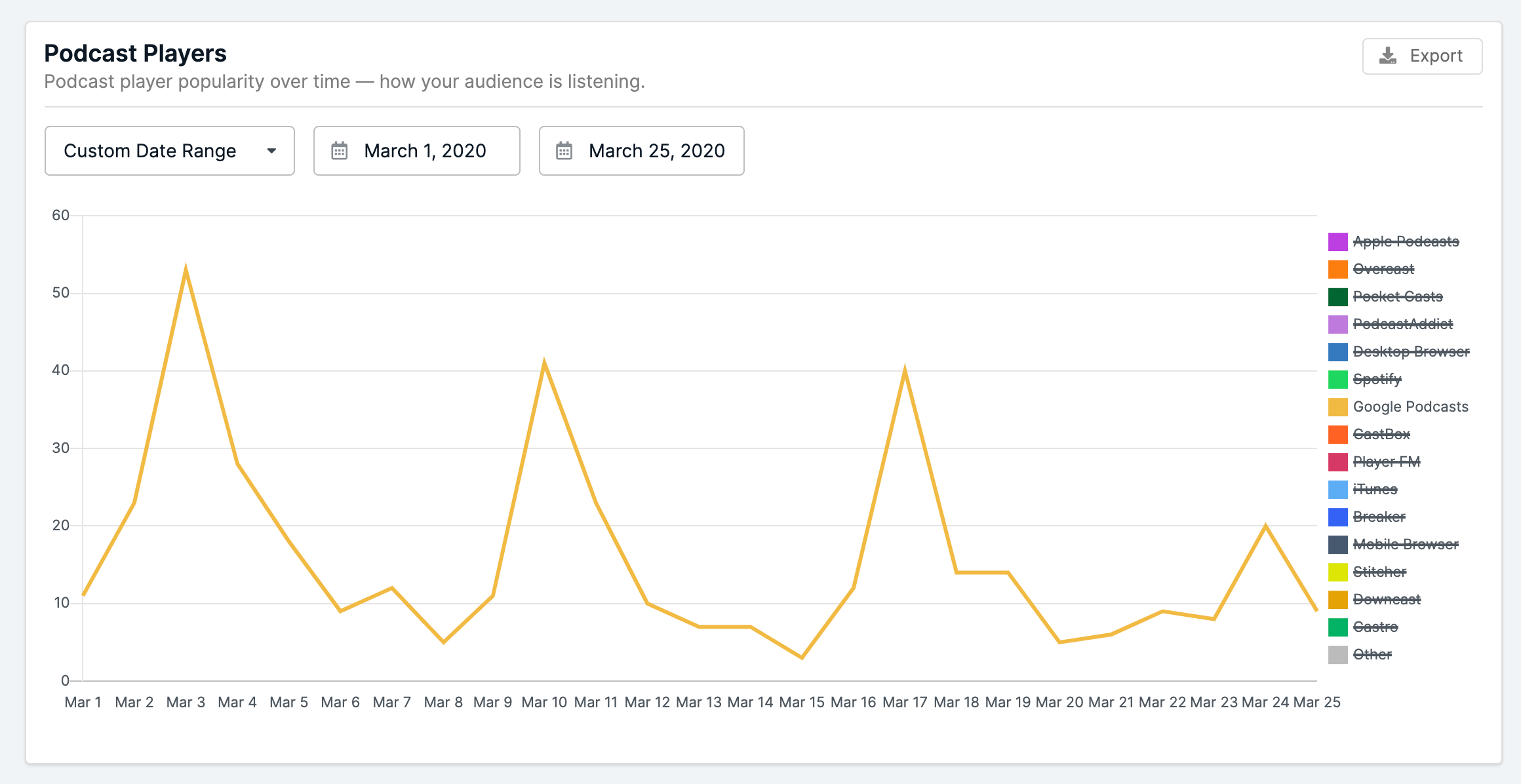